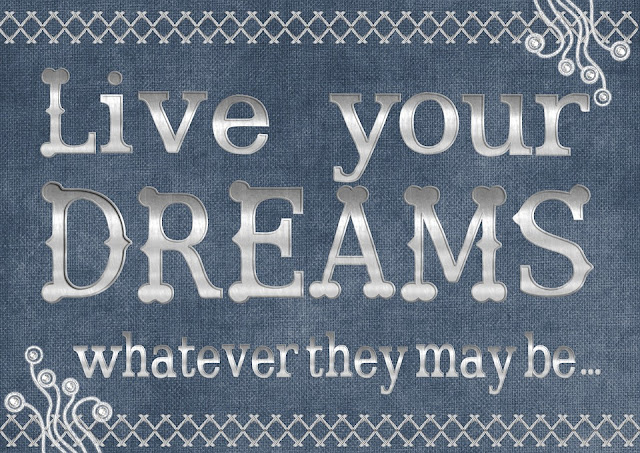 Four years ago, I did a Year of Gratitude with my local Pagan Group.  Each week I posted a category, and encouraged everyone to share something in that category that they were grateful for.  It was something I had seen posted (though I did adapt the categories a bit), and I thought was really fun.

That year of Gratitude started a new thing with me.  In the following years, I have done a "Year of" in my local group.  After the Year of Gratitude, there was a Year of Photo Sharing (again, I'd post a category, and everyone could take a picture that represented that to share with the group).  Then there was a Year of You (all the categories were stuff about yourself, so we could get to know each other better), and this year was the Year of Magic (since it's a Pagan group, all the topics were about our personal practice, spirituality and magic).

Three years ago, I also started doing my own personal Year of, which became what my focus for the year was.  I started with a Year of Moons, and it was probably the most structured Year I have done.  I wanted to explore the moon cycles, and the energy of each specific full moon.  I look at the moon cycle in an 8 phase model, so I wrote a post for every phase of every moon that entire year.  I hadn't really thought about the fact that this meant writing something every 3-5 days!

I made it through the Year of Moons and I was really floored by how much I had learned.  So, the next year I decided to do a Year of Divination.  I scaled back a little, but I was still doing two daily draws, a weekly card, a New Moon spread, and I did two year-long spreads at the start of the year.  And a few random divination related additions through the year (that was when I started writing Tarot shorts, where I would draw a card and then write a little short story inspired by it).  I added to my divination collection this year, not only decks, but two charm oracles, a Witch rune set and working with dice divination.

This past year was my Year of Magic.  I wanted to focus on the yearly cycle, so I revisited the moon work I had done in my Year of Moons, and I added in daily magical work (even if that work was just to meditation or share a magical meme), as well as dedicated Sabbat work for each of the eight Sabbats.

Normally, around the start of the year, I talk about yearly goals, but this year I really wanted to share this "Year of" practice, because I feel like it operates differently than a goal.  When you set a goal, you are picking something concrete you want to accomplish:  a mile-marker you want to reach.  With a "Year of" focus, I was instead picking where I wanted to keep my focus throughout the year.

I was definitely inspired by the word of the year practice (I just made my word the focus of action as well as feeling).  And there were definitely goals associated with each year, specific practices that I wanted to do a specific times.  But more importantly, there were things that I wanted to keep in the forefront of my life, for the entire year.

A Year of anything feels both huge and little at the same time.  I definitely acknowledge the magnitude of dedicating myself to one thing for a year.  If I were to add up all the stuff I do in a Year, and set it as a results-based goal, it sounds super huge, and intimidating.  My Year of Moons was 96 posts...brand new stuff that I was thinking about and then writing about...and it was needing to write a new post every few days.  My Year of Divination was 62 readings plus daily draws.  My Year of Magic was planning and working through two different cycles, in 3-5 day chunks, plus 40 dedicated journal reflections (on each month, on each moon, and twice for each Sabbat), plus daily magical planing and work.

But looking at it one step at a time, one day at a time, I could focus on a small bit, and those little bits added up to something amazing.  Often, when I work on studying a big subject, I'll jump in with both feet, and I'll submerge myself in the topic.  I'll spend days reading and taking notes...and I'll burn out.  I'll set it aside, and realize, years later, that I never went back to it.

With the Year of projects, because it was scripted, I would do only so much at a time.  I didn't work ahead, because that wasn't part of my process.  I focused on the step I was on, and that was it.  I didn't think about all that was to come, or even think much on all that I had already done.  Each day I just thought about my focus, about what I needed to do that day (or the few following if it was a planning day), and I broke it down into the one thing I needed to work on.  I broke things even smaller than I would normally, and it just worked.

This year, I am going to be doing a Year of Runes.  I have been working with runes on and off for decades.  I have always been fascinated with them, and I have worked through several books before, each time taking my understanding just a bit deeper.  This Year, I have a book that outlines a year-long study, focusing on each rune for a two-week period.  There are suggestions for activities, but I can also take that time to revisit what I have already learned, to meditate, to experience the galdr and other ways of taking in the rune.

As I like to twine things together, I'll probably use the rune I am working on as my focus for my community Year of.  I haven't decided yet what exactly that will be (this year really did sneak up on me...), but I was considering revisiting the Year of Gratitude, so I may work with that (picking the categories by the current rune).

The Year of method can be applied to whatever focus you want!  You can have a Year of Self-Care, a Year of Meditation, a Year of Journaling or a Year of Peace.  You can plan daily activities, weekly activities, or just tune in with your focus in the morning when you wake up and at night before you go to sleep.  You might place your focus word somewhere that you will see it every day, so that it can be a reminder of where you want your head to be.  You might plan to check in with yourself a few times throughout the year, to see how you are keeping up with it.

Make it your own!  Build a Year that works for you, with your life, that gives you the things you want from it.  But pick a dream, your dream, the thing you want to experience over the course of the year.  Pick how you want to live your life, and then make this Year the year that you choose how your life unfolds.

Life is sneaky.  It has twists and turns, and it throws unexpected things your way.  You may set up the best plans, but then something happens and you realize that what you had planned just won't work.  The great thing about a Year of is that it is a focus, so you can just keep your eyes on your focus and look for small ways to work towards it.  Even if all you do is repeat "This is my Year of..." to yourself, you are sinking that idea into your brain.  You will be surprised how often you will see it reflected back at you!
Posted by Kylara at 3:10 PM