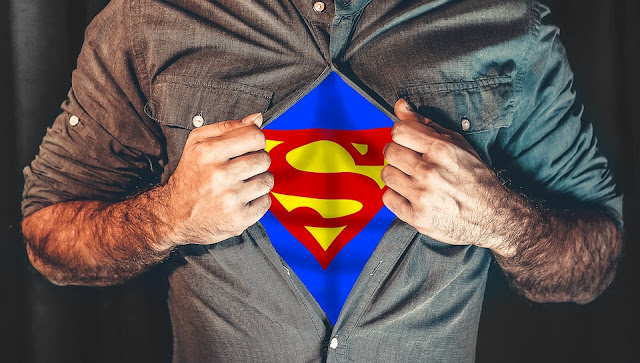 We have two big holidays where we honor our soldiers:  Veterans Day and Memorial Day.  Veterans honors those soldiers who are still living, while Memorial focuses on those who are dead.  The brave young men and women who have fought, throughout the ages, in wars, to defend their country, to protect the ideas and values that they cherish, these are definitely people that deserve our recognition and respect.

But I think this is a good time of year to also remember the many other people, both living and dead, who fight in ways that may not be obvious.  I think that warrior is not always a title of violence or physical prowess.  A warrior is someone who fights, someone who pushes through, someone who perseveres, someone who survives.  And there are many ways to do these things, many fronts on which these 'battles' might take place.

We are living in a time of strife, a time when there is SO much wrong in the world, so many different ways in which the things we believe in are getting attacked.  People around the world are being threatened for their religions, their lifestyles, their choices, and even for just being who they are.  It feels like we were progressing, like things were getting better in the world.  We were making steps towards a brighter future, and there was starting to be acceptance and understanding.

And then everything began to crumble.  It's like the ground is being pulled out from under us, like all that hard work to move forward is being ripped away and we are being thrust even further back than where we started.  The people who are making these attacks are getting bolder, are feeling justified and supported, and are gaining leverage.

We may be afraid, and we may be hurting, but many people are also fighting back.  Warriors of all shapes and sizes are stepping forward and drawing lines and saying, "NO, we won't take this any more."

I think that the defining quality of a warrior is that of action.  A warrior takes action, when other people stay still.  This action can take so many forms!  It might be organizing a group, to speak out and educate the masses about what is really going on with a hot topic issue.  It might mean opening your home, your heart, and your shoulder, to someone who is out of hope, building them up so that they don't feel like their world is gone.  It might mean telling your story, when it is so painful that it breaks your heart to even think about it.

Everyone fights in their own way.  Sometimes, the most warrior thing you can do is get up, and just keep moving forward.  No one else may even know the struggle you are going through, but you know.  You know that it took EVERYTHING to get yourself moving that morning, to not just lay in bed and do nothing.  You know that it is all you can do to go through the motions, that the bare minimum is the absolute most you can do today.  But you do it, and you make it through the day.  Never let anyone tell you that your inner struggles are any less than someone else's!

Sometimes, being a warrior means feinting...pretending to be docile, to give in, to go along with whatever crazy thing is going on, because you know that pushing back in that moment would just make things worse.  So you batten down your hatches, you put yourself back into that horrible situation, because you know you are just waiting for your moment.  You know, that if you can just make it through, if you can just hold on long enough, your time will come, and you will have the opportunity to break free.

A warrior also knows that sometimes retreat is necessary.  Retreat doesn't mean giving up, it means taking a step back and planning how you will regain what you have lost.  It means acknowledging when you are at a disadvantage, and recognizing when fighting would only hurt you more.  Sometimes we face such overwhelming odds that we simply have no hope of wining.  Sometimes it's better to let one battle go, so that we can focus on how to win the war.

But other times, a warrior knows that sacrifice might be the only way for the cause to win.  Sometime's it's just so much bigger than you, and you throw yourself onto the swords, knowing that you won't make it out whole, but also knowing that your sacrifice will be a catalyst for the change that you so desperately want to see.  We may not live to see the war won, but we may decide that our personal loss is worth it, just to know that future generations will not have to go through what we did.

It is easy to get distracted by the people who are the loudest, the most in your face.  And many of these people are warriors too, and are fighting to create change.  But we mustn't forget the quiet ones, the behind the scenes warriors, the ones who tend to go unnoticed.

When you look at a pivotal moment in history, there are typically a few big names that pop out.  But if you keep looking, you will start to see the countless warriors that surround those big names.  The people who were fighting, right there along side the ones who became famous.  Look a little further, and you will see the people who fought in support roles, the ones who made it possible for the ones on the front lines to be there.

Remember them.  Honor them.  Respect them.  Warriors don't just fight in wars, they don't all wear a uniform.  You might not notice them, if you pass them on the street.  But if you look for them, you will find them.
Posted by Kylara at 1:18 PM